Tommy Davidson recalls cutting his teeth on ‘In Living Color’ 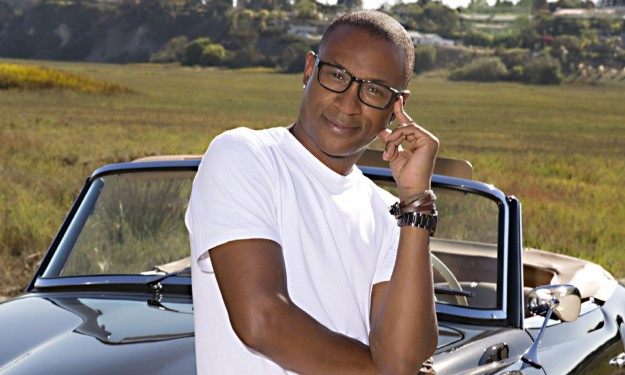 Tommy Davidson got on stage for the first time because “a friend of mine asked me to do what I had never done before,” he said. As it turns out, Davidson has a knack for making people laugh, a trait he brings to Helium Comedy Club in Buffalo for five shows Thursday through Saturday.

In addition to stand-up comedy, Davidson has worked as a writer and actor, appearing in movies like “Strictly Business,” “Booty Call,” “Juwanna Mann” and the cult classic “Black Dynamite,” but his most notable role was as a cast member of “In Living Color.” The groundbreaking television sketch show originally aired on Fox from 1990 to 1994 and featured a diverse cast, including Keenen Ivory Wayans, Damon Wayans, David Alan Grier, Jamie Foxx and Jim Carrey, all of whom were unknown at the time.

As “In Living Color” celebrates its 25th anniversary this year, Davidson reflected upon getting hired to do the show during a phone interview last week.

“It was a tough audition,” Davidson recalled. “I knew Keenan from the comedy clubs, and he had seen me (and invited me). It was an improv audition, so they asked me to make up stuff, like I’m a cab driver who can’t speak English. Then they had a stand-up for all the comics so everybody could show them their stuff. I eventually got it.”

Prior to the show, Davidson primarily worked as a stand-up comedian, so getting used to the format and timing of a televised sketch show was a transition for him.

“It took some time for me to really get used to it,” he said. “I’m not a natural actor, because I’m a comic person who can do a lot of things. The thing that was mostly difficult for me was to get the TV technique down. Once I got that stuff down, I was ready, and it only took me about one episode to be ready.”

His favorite memory of the show was the first season, when its unique style and tone broke into the cultural mainstream and “we just broke the whole world wide open then.”

As of late, Davidson has been working on his stand-up career but is also honing a few side projects, like his one-man show, sketch comedy program, movie scripts and book or, as he puts it, “mine, mine mine,” where he has the control of writing and producing.

“Stand-up is really good for me,” he said. “Working by myself has been very freeing. I had fun both ways, but I just don’t get to do the things I want to do when I work with other people. Everybody seems to be really self-centered. I loved ‘In Living Color’ because it was a team effort, but that seems to go away and it becomes what individuals are doing.”

Davidson has performed in Buffalo before, and said he is looking forward to working the weekend at Helium.

“I love the people who come to the shows,” he said. “I’m really excited to be there.”