Featuring Chris Rock, Jerry Seinfeld, Amy Schumer, Kevin Hart, Bob Saget, Tommy Davidson, Jamie Foxx, Sarah Silverman, Jerry Lewis, Steve Coogan, Bobby Lee, & the late Garry Shandling, DYING LAUGHING is a candid look inside the agony and ecstasy of making people laugh for a living. A stand-up comedian must be the writer, the director, and the star performer. There is no rehearsal, no practice, and no safety net when you’re in front of a live audience. For most people, baring their soul on stage and having an audience “boo” at you would become a life-long trauma, but for stand-up comedians, it’s a nightly challenge.

The funny and heartfelt documentary contains original interviews interlaced with personal footage of life on the road – all from a comedian’s point of view. Once you take this step behind the curtain, you will never look at these funny folks the same way again. 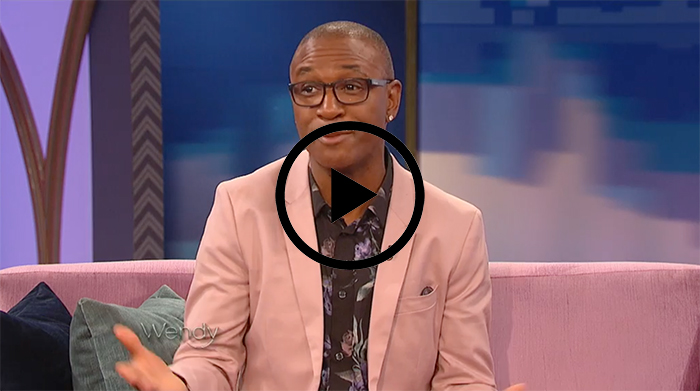 Tommy on The Real!