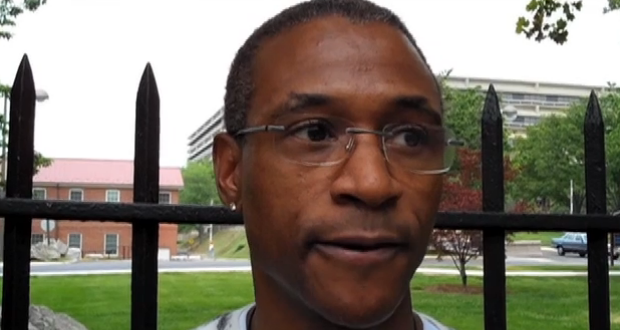 Comedian and D.C. native Tommy Davidson has made two visits to say hello to some of the wounded troops at Walter Reed Army Medical Center: Once in September and again on Friday. A lot has happened since that first visit, most notably the death of Osama bin Laden. We caught up with Davidson after his Friday visit to find out how that reality has changed the type of comedy he employs when he jokes around with the troops. After all, many of these wounded soldiers have been on the hunt for bin Laden or fighting the brand of terrorism he encouraged for nearly a decade.

“You can feel the relief,” said Davidson. “I can personally feel the relief myself in my audiences when I bring up Obama because there was a lot of anti-Obama sentiment out there before the capture of bin Laden. … That seems to have lifted now. I mentioned the word ‘Obama’ and people start clapping. Whereas, before, months ago, I’d say ‘Obama’ and I’d actually hear some boos.”

Davidson, whose television career has included stints on such shows as “In Living Color” and “MADtv,” said he particularly enjoys doing his Obama impersonation when he meets the troops.

“I can take simple words or simple phrases and make them sounds important,” said Davidson in his best Obama voice. “I can say something like, ‘Honeycomb’s big!’ or ‘Tony the Tiger is part of a complete breakfast’ and make those sound important.”

On a more serious note, Davidson said after his visit that “the morale is very high to be under the circumstances that they are. I think that emotionally they’re handling it very well. I don’t know that I’d do the same actually.”