TD’s ‘Black Dynamite’ to Premiere on Adult Swim this Fall! 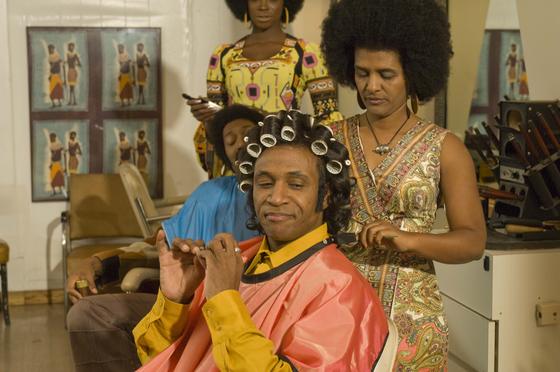 Leading the announcement of Adult Swim’s 2011-2012 lineup are six new shows including a cartoon of cult-favorite film Black Dynamite, comedies from Paul Scheer and Patton Oswalt, as well as 10 returning favorites and a handful of pilots in development.

Carl Jones of The Boondocks orchestrates the voice talent of the film’s stars, Michael Jai White (Black Dynamite), Tommy Davidson (In Living Color), Kym Whitley and Byron Minns and the animation is being done by Titmouse, Inc. This 20 minute animated series will premiere in the spring of 2012 and continue the adventures of ex-CIA agent and ladies man, Black Dynamite (White) as he kicks the shit out of kung-fu masters, pimps, and of course, The Man, blaxploitation style, animated that is. Too bad we have to wait until next year though, I need this kind of sweetness on my TV now!